Bathinda is located in the Malwa Region in northwest India. Bathinda District is one of the most important districts of Punjab. The location of Bathinda is between 30.20° North latitude and 74.95°East longitude. The District is situated about a height of 201 m from the mean sea level. On the south of Bathinda District, Fatehabad and Sirsa of State of Haryana are situated. In the East of Bathinda, Mansa and Sangrur Districts are located. Muktasar and Faridkot of Punjab State are located in the northwest of Bathinda District and on the north east Moga is located. Bathinda lies in the long stretch of Indo-Gangetic plains that is known for very good production of crops due to presence of alluvial soil. 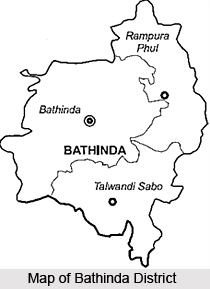 From Bathinda, one can reach the Rajasthan Border by driving for an hour only. For better administration, Bathinda is a part of Ferozpur division. 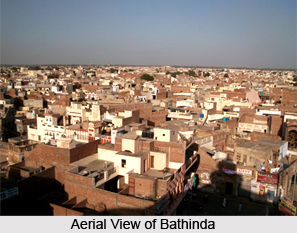 The remnants of sand dunes are mainly found in the west part of Mansa Tehsil and south east area of Bathinda District. The alluvial plain of Bathinda District is mainly consisting of sandy clay, clay and sand with kankars. Sand horizons are prominent in west and north east parts of the district and thin beds of clays are present in these areas. Fine sand is found in the south west of Bathinda District. The top surface of the soil has clayey and sandy soil. Near the ponds, sticky clay soil is found in abundance. Only 0.14% of the total forest area of the state is included under protected forest area.

Bathinda has semi-arid climate and enjoys extreme temperature variations during winter and summers. The annual rainfall of Bathinda is between 20-40 mm. The summer temperature reaches up to 48 °C and during winters the minimum temperature reaches to 0 °C. The weather of Bathinda is dry but from mid-May to August End, the humidity is high. Rainfall in Bathinda is caused by south-west monsoon. Rainy season starts in July and continues till mid-September. During summer months, dusty winds disturb the normal life especially during summer evenings.

Flora and Fauna of Bathinda

Vegetation type of Bathinda District is the type that grows in semi-arid region. Bathinda has improved irrigation facilities and the soil type of Bathinda is changing its nature. Change in the soil type is affecting the flora of Bathinda and it is now changed to semi-moist vegetation. The types of plants found here are Pipal, Kikar, Shisham, Siris, Neem, Khair etc. Some exotic species of plants found in Bathinda are Sagwan, Mysore Gum, etc. Ground flora of Bathinda primarily consists of herbs and grasses. Low lying areas have plenty of Kahi and Kana, waterlogged areas have Bater and Sariala is found in the areas that are grazed heavily. In some marshy lands, Cyprus is also found. 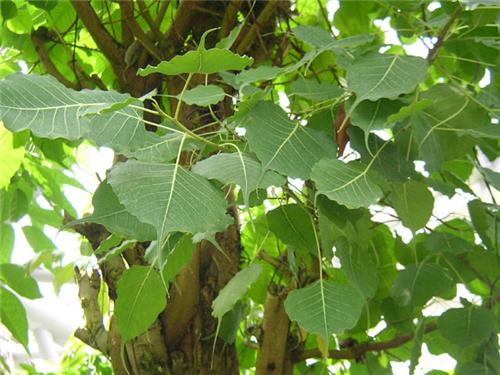 Several types of birds are found here. Many migratory birds can be seen in Bathinda during winter months. The common birds of the district are Indian Pond Heron, Little Green Heron, Eastern Large Egret, Kite, Vulture, Falcon, Indian Ring Dove and others. The migratory birds that are seen in Bathinda are Western Turtle Dove, Black Stork, Winter Stork, White-eyed Pochard, Common Pochard and others. 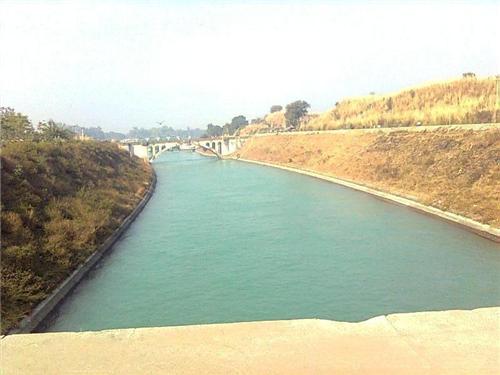 Canals and ponds are also there in this district. The main sources of irrigation in Bathinda are canals. Many tributaries of Sirhind Canal pass through the district. The main canal of Bhakra also passes through the south region of Bathinda District. The places that are slightly higher in this district use wells as the main source of irrigation and as the source of drinking water. Ponds are there in almost every village of Bathinda. The water is used for animals and for other household work. Big water tanks and ponds are available in the east region of the district. They are mainly found in Dharampura, Bareta, and Juglan. Villages have ponds and wells so scarcity of water is not there.