India is the home of many ancient places and many of them have undergone urbanization. Though urbanization has happened in these places still they carry their historical significance and association with the heritage of county. Bathinda in Punjab is one of the oldest towns of India. There are monuments here which date back to more than 1800 years ago. Bathinda District and City manages a balance between its rich historical association and modern development. The town is well connected to rest of Punjab and other surrounding places by road. Rail services are also available to connect this age old town to the rest of the country. 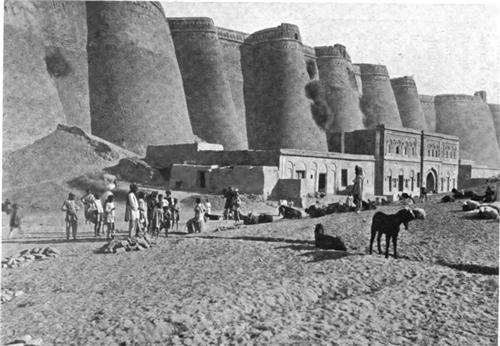 The Civilization of Harappa got destroyed by the Aryans, who came from north-west Asia. The Aryans came in between 1500-800 BC and during this time, the complete destruction of Harappan Civilization happened. The mention of Bathinda was there in the Rigveda also. It was the part of Saptasindhy( 7 waters) and later on known to be part of  Panchanada( 5 rivers as “nada” means river) during the era of Mahabharata. Bathinda became the part of kingdom of Mauryas and Guptas when they started ruling the region. The history of Bathinda then got associated with the Bhatti Rulers.

History of Bathinda is very old. There are no concrete proof about its initial historical association and origin but as per the author Khalifa Muhammad Hassan, who wrote “History of Patiala”, the original name of Bathinda was Bikramgarh. As per the writings of Ibn Battuta, a great explorer from Morocco who visited India during 14th century, Bathinda was known by the name Batrind.

The general belief is that Bathinda town was the creation of great rulers of Punjab, Bhati Rajputs, who ruled Punjab during 6th century. As per the popular belief, Rao Bhatti, ruler of Punjab had constructed the Bathinda and Bhatner towns during 965 AD. The town was constructed in the area that was within the Lakhi Jungle. The town had its name derived from the surname of the Bhatti kings. 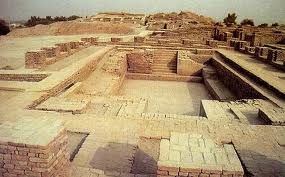 The city was initially given the name “Bitunda” or “Watinda” and later on started known as Bathinda. Later on Bathinda got changed to Bathinda. Bathinda was also given the name Tabar-e-Hind meaning the Entryway to India. To understand the history of Bathinda better, it has been divided into its origin and rule by Bhatti Kings, Bathinda after Bhatti Kings and Bathinda post independent India.

History of Bathinda after Bhatti Rulers

After the Bhatti Rulers, Bathinda region was ruled by Jayapala, Hindu Shahi King, in the year 965 AD. During his rule, Sultan Sabuktigin challenged him. Kind Jayapala had to face Mahmud of Ghazni, son of Sultan Sabuktigin. In the year 1004, the fort, located on the way from the northwestern to Gangetic plains, was captured by Mahmud of Ghazni. Bathinda had to face the invaders from outside for many years and in 1189, Bathinda was attached by Muhammad Ghori and Bathinda Fort was captured by him.

The famous 1st Battle of Terrain between Muhammad Ghori and the then ruler of Bathinda area, Prithvi Raj Chauhan, continued for thirteen months and the fort was recovered by Prithvi Raj Chauhan in the year 1191. Delhi Sultanate got established after Muhammad Ghori died and the 4th Emperor of Delhi Sultanate, Iltutmish made his daughter Raziya, the next person to ascend the throne of Delhi Sultanate. Raziya became the Empress (the first in India) and her friend Malik Altunia was given the charge of Bathinda. Malik Altunia rebelled against Razia Sultan and she got imprisoned in 1240 April at Bathinda Fort.  While she was in the prison, she was granted permission to visit the Hajirattan Mosque to pray on Fridays. She was carried in a special Palanquin. Though Razia was released from her imprisonment in August 1240 but she died in the same year in the month of October.

In the later years, Sidhu-Brars took the control of Bathinda but during the reign of Ibrahim Lodhi, the city was captured from Sidhu Brars. Later on when Babur invaded India, Bathinda region was recovered and some years later a Jatt Sikh, Chaudhury Roop Chand Brar became an important person of Bathinda. For the people residing in the Lakhi Jungle region, “langar” was started by Chaudhury Phul Brar, son of Chaudhury Roop Chand Brar. 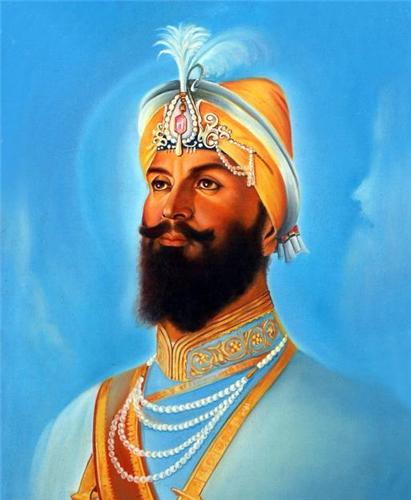 Bathinda City was blessed by Guru Gobind Singh, the 10th Sikh Guru. Guru Gobind Singh visited Bathinda in 1705 AD while he was going to Damdama Sahib (Talwandi Sabo) after Battle of Muktsar. He stayed at the tomb of Haji Rattan, the famous Muslim Saint. The Mausoleum of the saint was located about 2 km away from the Bathinda city.

The then Maharaja of Patiala, Maharaja Ala Singh, captured the town of Bathinda in 1754. Amar Signh, grandson of Ala Singh became the ruler after the death of Ala Singh and Bathinda District became part of the Phulkian Rulers who had Patiala as their headquarters and Bathinda got linked with the hisotry of this princely state.

After Independence of India, PEPSU (Patiala and East Punjab States Union) remained as a state from 1948-1956. PEPSU included 8 princely states. They were Faridkot, Patialia, Malerkotla, Kalsia, Kapurthala, Nabha, Nalagarh, and Jind. PEPSU formally became an Indian State in the year 1950 and the capital was Patiala. Some parts of Himachal Pradesh used to be the part of PEPSU e.g. Kasauli, Dharampur, Shimla, Kandaghat and Chail. Yadavindra Singh, Maharaja of Patiala became the first Governor of the state (Rajpramukh) and Jagatjit Singh, Maharaja of Kapurthala, became the Deputy Governor (Upa-Rajpramukh).

In the year 1952 in January, the legislative assembly of the state was formed with 60 elected members. In 1955, the Deputy Chief Minister Bris Bhan became the Chief Minister and remained in the office till November 1956. On 1st November 1956, PEPSU got merged into Punjab and Bathinda became part of Punjab State. Bathinda became a district and Bathinda City became the headquarters of the district. Right now, Bathinda is considered as an important city of Punjab with huge industrial and economic growth.