Jails are an important pillar of any administration, which provides a place where the prisoners who are punished for any offence under the law are kept. As Bathinda is a district, the city has a Central Jail. In addition to that, the city has many lock-ups and jails. With the changing mental attitudes, today the officials also try to change the mental attitude of the prisoners. Today, the jails are also known as the Sudhargrah or reformatory. The prisoners are provided many facilities such as educational, recreational and medical facilities. In addition to that, they are also taught many skills, which they can utilize for earning living in prison and in society after they are released.

About Jails in Bathinda 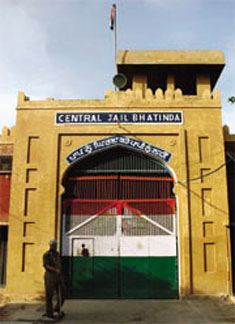 Today, there are various Jails in Bathinda district headquarter. There was one sub Jail in Mansa which was functioning up to 20th Oct 1984. After that, the prisoners and staff of the jail got transferred to Bathinda Central Jail. In addition to that, each of the police stations in the city has attached lock-ups and the Punjab Police takes their charge.


The Superintendent is in charge of this Central Jail. He is assisted by following officers:

Facilities at the Jails in Bathinda

The State Government has provided many facilities for the improvement of the living conditions of the prisoners who reside in various jails. They have improved the conditions in respect to the health, diet, emotional and educational requirements of prisoners. There are many unique features of the modern administration of the prisons. Also, the modern administration takes the effective steps for ensuring that the prisoners can earn their livelihood and merge in the modern society after their release.

The prison authorities provide the educational facilities for the prisoners. They can start from learning the three R’s and complete the education up to the University level. The prison also provides the services of a paid J.B.T. teacher in the staff, who supervise the adult literacy scheme with the assistance of the 2 Welfare Officers. 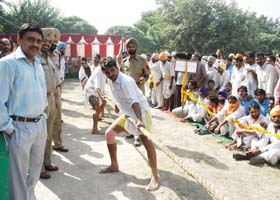 Bathinda Central Jail has medical facilities for the prisoner within jail premises for the security reasons. The in Charge of this hospital facility is Medical officer. The staff which assists the Medical Officer is additional Medical officer and 2 Pharmacists, one of which is lent by Civil Surgeon Bathinda. In addition to that, Experts doctors can be consulted from the Civil Hospital as per the necessity for ailing prisoners.

This hospital has 12 beds in general ward in addition to the special ward, which has 6 beds for the T.B. patients.