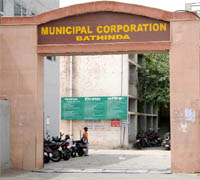 Bathinda has the distinction of being the oldest cities of the Punjab State and it has a rich historical heritage. Since 1945, the city is governed by the Municipal Committee. With the expansion and growth of the city, the district head office shifted from Faridkot to Bathinda in 1953. The state of Punjab granted Municipal Corporation to the city in 2003. Since its inception, the Municipal Corporation provides various services to the citizens of Bathinda.

These services include Fire Department, Road construction and Maintenance, water supply and resolution of any issue, sewerage maintenance, education and law and order services. The department also has a toll free number where the citizens can launch any complaints regarding the services.

The corporation also releases open tender for the procurement of the products and services which also includes the construction and maintenance of the roads and streets. 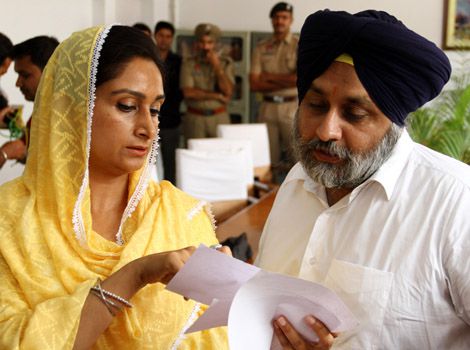 The city has been divided into 8 zones for the purpose of the administration. They are as follows:

Some administration departments of Bathinda which provide services and cater to the requirements of the citizens of Bathinda are as follows:

The Municipal Corporation provides and maintains some basic facilities to the citizens such as Public Toilets, Parks, Drains, Streets and roads. The in charge of department is Corporation Engineer. For helping him there are 5 Assistant Corporation Engineers who look after different zones and 8 Junior Engineers. They have some staff which is at the clerical level. The engineering department also marks the Zebra Crossing and yellow lines for traffic control department.

The city has been divided in four divisions for the administration of the street lights. Today, there are more than 14000 street lights points in Bathinda city. The department in charge is Corporation Engineer who looks after everything. The other officials are 1 Assistant Corporation Engineer and 1 Junior Engineer. Any citizen can call and register his complaint at the helpline 0164 2252 813. 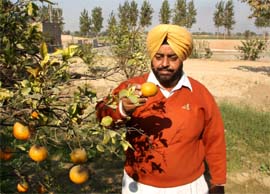 The motto of this department is beautiful and green environment. The corporation beautifies and maintains roads, roundabouts, road sides, central verges, fountains and parks in city. For this purpose, the departments have appointed beldars and malis to maintain greenbelts around the city. This department also provides services to Appu Ghar and Rose Garden, which are some of the major landmarks of the city. The in charge of this department is Corporation Engineer. The other officials are 1 Assistant Corporation Engineer and 1 Landscape Officer. They are assisted by other clerical staff.

This department is always at the readiness to prevent and minimize the fire damage to any residential and commercial place in city. The over all in charge is Sub Fire Officer.

The overall in charge is Superintendent.

The over all in charge of this department is Superintendent.


Punjab Water Supply and Sewerage Board

As per the rules and regulations, the birth and death in Bathinda city should be registered in Municipal Corporation Office within 21 days. The forms which are known as Form no. 2 and Form No. 4 are free for the people. The nominal fee for the birth and death certificate should be directly submitted to the Municipal Office Corporation. The birth Certificates today are issued in computerized form. The health department has provided One Superintendent and 2 computers. The Corporation provides one health officer who also works as Local Registrar.


RTI or Right To Information Authorities